Obedience Training Can Save Your Dog’s Life

Posted on April 2, 2017 by JulianneQJohnson

I just spent 30 minutes trying to catch a dog, and another 30 posting its picture all over the internet. It’s a big baby. Not frightened or unfriendly, but so intent on chasing other animals that I could do nothing with it. It didn’t want food. It didn’t want pets. It wanted to jump over a fence and tried over and over. I even tried grabbing its collar–a risky thing to do with a strange dog of any size or breed–but it was far too strong for me to control it.

I’m pretty sure it’s going to get hit by a car or hurt jumping a fence. It is so focused on chasing other animals, it has no sense. 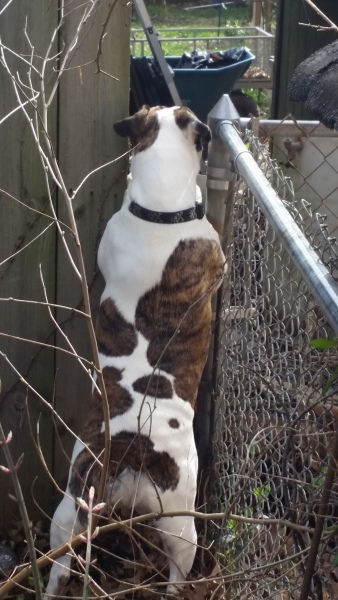 It’s not cute that your dog doesn’t follow commands.

Any dog, regardless of size, age, or breed, needs to know and follow basic obedience commands. I have seen small dogs bite people because they had no training. I’ve known a large dog that injured an elderly person because its owners couldn’t stop it jumping on people. These things can be avoided.

Besides, if your dog gets out, and it won’t follow basic instructions, no one can help you get it back. If it won’t listen to you, it’s not going to listen to anyone else either. 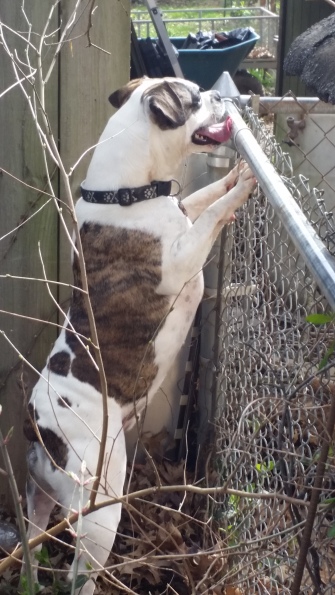 It’s not funny that your dog chases other animals.

The dog I saw today wasn’t a hunting dog. It had no reason to chase and frighten our feral cat family. It was so intent on getting to one of the cats that ran to a neighbor’s yard, that it tried over and over to jump the fence. it was single minded. If it had managed to scramble over the fence, it could have easily hurt itself. When it ran away from me, it was heading for a very busy road.

Maybe this dog will be caught and returned home safely. It had multiple tags on its collar, I’m sure one had a phone number. If the dog had been properly trained, I could have gotten it inside safely and alerted the owner. Unfortunately, that was not possible. It doesn’t do your lost dog any good to have tags if it has no obedience training.

It’s a great big world out there.  Far too distracting to our fur babies that get out.

Teach your dog like you would teach your child.

I remain hopeful that there’s a happy ending for this dog. I’m sure its family loves it, and would miss it if anything happened to it. Unfortunately, its lack of basic training will make it difficult to catch. We’ve all seen the lost pet posts that end up with “Rainbow Bridge” printed across them. Don’t assume your pet will never get out–things happen. Give it the training it needs so it can be safely returned. A tag and a microchip isn’t enough. Teach your fur children as if their lives depended on it, because they do.

This dog was seen in a small town on the west side of Indy. All the local groups have been notified. If you think this is your dog, you can check Indy Pet Alerts for more information. I am keeping this dog in my happy thoughts, and hoping for a happy ending. 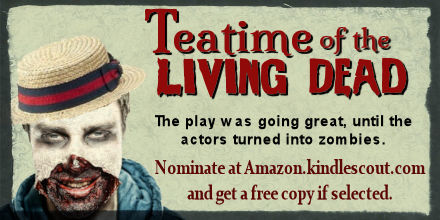 Kindle Scout is an awesome program where people nominate books they would like to see published. Nominations won’t guarantee success, the editors have final say in who gets published by Kindle Press and who doesn’t. However, nominations can help get their attention.

I am a writer in Indiana who lives with two cats, two ferrets, and one fiance. I enjoy cheap coffee and expensive chocolate.
View all posts by JulianneQJohnson →
This entry was posted in Dogs, Lost pets and tagged All dogs need manners., Lost dogs with no training are impossible to catch., Your dog needs to be trained for it's own safety.. Bookmark the permalink.