Posted on October 24, 2017 by JulianneQJohnson

Today’s Blog is by awesome guest blogger, Lincoln Cole.  I met Lincoln through my involvement through the Kindle Scout program and if any of you want to know about Scout, Lincoln is the guy to ask.  His blog and the guide he has written about Scout are full of useful information and stats.  Overall, Lincoln is well on his way to being a successful and very marketing savvy Indie author. 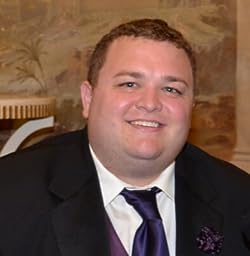 In addition, Lincoln has written a book I truly enjoyed, Raven’s Peak and has a new release right now that I pre-ordered because I was so excited about it.  The Everett Exorcism is available on Amazon and you can grab a copy right now for $.99.

When I launched the first several books I wrote, basically all I did was hit the publish button and hope for the best. My books weren’t edited as tight as they should have been and I had no marketing strategy or goals. To be honest, they actually did fairly well considering how unprepared I was for all of it, and I learned a lot of lessons since then.

The next stage of my career was actually releasing a book through Amazon’s Kindle Scout program after I won a contract, and that changed things quite a bit. For one thing, it meant my book was exclusive to Amazon and I didn’t have any control over the pricing. It also meant that Amazon would put a lot of work into the marketing, at least early in the process, and as a result, it has done fairly well and sold around ten thousand copies across the series.

But, with my newest book I wanted to try things a little differently. I wanted to take my time, prepare a lot more, and put everything I had learned through my first few book launch attempts to use. I set up landing pages, promotional marketing campaigns, requested reviews from everyone I could find, and more. As of now, I have dozens of new release promotions planned during the launch (a horror book out around Halloween) and about four-hundred people reading advance copies to leave reviews around the launch. It’s my most ambitious launch by a long shot and hopefully it will pay off in results.

If you’re curious about reading my launch plan, you can it here. I’m running it like a Netflix style book launch with book II coming out a week after book I (and right on Halloween) with the pre-orders for all three books linked on the site before it goes live.

If you want to check out The Everett Exorcism and the rest of the World of Shadows series, you can find it here.

I am a writer in Indiana who lives with two cats, two ferrets, and one fiance. I enjoy cheap coffee and expensive chocolate.
View all posts by JulianneQJohnson →
This entry was posted in Kindle, Kindle Scout, Self Promoting, Self Publishing, writing and tagged Book release, lincoln cole, new release, The Everett Exorcism. Bookmark the permalink.