I was taking part in a conversation between various writers today about word choice. Some participants were arguing the point that using fancier word choices was the way to go. They were quite fierce about it and mentioned how it was nice to build their readers’ vocabulary, and besides, Kindle and the like make it so easy to look up a new word. That’s fine. That’s their writing style. 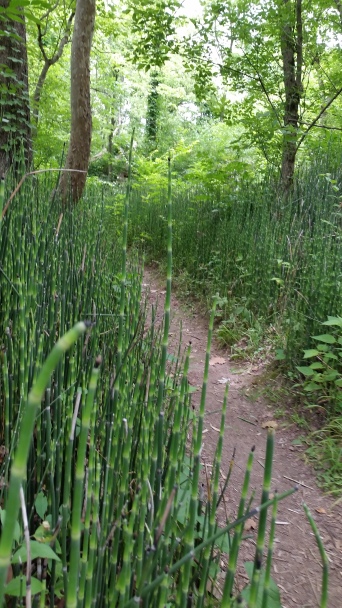 The anhydrous trace effectuated an anfractuous peregrination betwixt the verdant pedicels.  The sandy path wound through the reeds.  One of these is my style.  Guess which one!

I believe in mixing up one’s word usage to keep things interesting, but you aren’t going to catch me using a word like ‘verecund’ when ‘bashful’ is a perfectly useful word that means the exact same thing. To me, if that fancier word isn’t conveying more meaning, then it isn’t useful. ‘Parched’ conveys more meaning than ‘dry.’ Parched is a word I would use. It’s more interesting, conveys more meaning, and encourages vivid imagery. ‘Anhydrous,’ on the other hand, accomplishes nothing more than ‘parched’ except it might send some of your readers to the dictionary. It also runs the risk of that reader not running to the dictionary and missing your meaning.

As a reader, I enjoy learning new words when the meaning is clear in the context of the writing. While some readers certainly enjoy forays into the dictionary, all it does is throw me right out of the story. 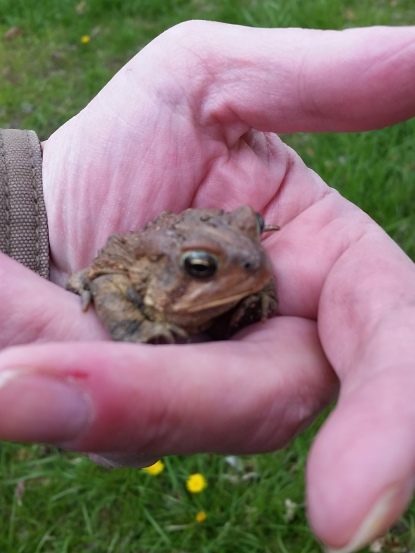 What the hell is a bufonidae?

If, as a writer, you choose to use more two-dollar words, that’s your decision and your choice. Make certain there is a real reason for your word choices other than wanting to show off your vocabulary or make your story sound fancy. If you are writing Literary Fiction, for example, then your readers will expect a more varied and fancy vocabulary.

If one of your characters is a Literature professor who likes to put on airs a bit, he’s going to use some fancy words. Your character who is a car mechanic might as well, but unless his backstory justifies it in some way, it’s going to seem out of place.

My sweetie is an educated and intelligent man.  He also admires simplicity.  He’d never say Bufonidae, not when toad is such a simple and understandable word.

Me, I admire writers like Hemingway and Twain, not for simplicity of plot but for simplicity of word choice. Anyone can read one of Twain’s stories and come away with a good experience. I don’t write Literary. I write Genre fiction. My goal is to entertain my readers and let them take a break from their life for a bit. I don’t give a damn about being fancy, nor would that writing style do my stories any favors. It’s not my style. There is a hybrid Literary/ Genre style of writing that some folks enjoy, but it’s not for me.

While you are deciding what writing style your work will take, think carefully about what your goal is for your writing. Only you can decide what style of word choice works best for your work and why. Examine the books you most enjoy reading for style and word choice. Check out some of the top sellers in your genre and see what style they are written in. Once you decide on a style, be gracious to those who decided differently. It’s not a matter of who’s right and who’s wrong. It’s a matter of style.

My jack o’ lantern last year was completely my style.  Simple and a little humorous.  Simplicity does not equal boring.

I am a writer in Indiana who lives with two cats, two ferrets, and one fiance. I enjoy cheap coffee and expensive chocolate.
View all posts by JulianneQJohnson →
This entry was posted in Vocabulary, writing, Writing style and tagged The words you chose have a huge effect on writing style., Why use verecund when bashful is such a great word?. Bookmark the permalink.