Posted on June 5, 2017 by JulianneQJohnson

It can be a problem. Many, many female authors have taken up male pen names or publishing under their initials due to a pronounced gender gap in the literary world. J K Rowling is a perfect example, but certainly not the only one.

Author Catherine Nichols found she got eight times the manuscript requests from agents when she queried under a male name. Literature reviews and awards are notorious for under-representing female authors. Men win more literary awards and books about men get more attention. Some genres remain boys clubs, despite having award-winning women authors writing in that genre.

Brian and Billy- the cutest boy’s club ever.

All of this happens despite the fact that 78% of people working in publishing are women and 75% of books are purchased by women. So why are female authors still being under-represented?

A while back, Peter Stothard, editor of the Times Literary Supplement, wrote “…while women are heavy readers, we know they are heavy readers of the kind of fiction that is not likely to be reviewed in the pages of the TLS.”

That seems to be the main issue whenever I research this phenomenon. I always find a bunch of men going on about how female authors can’t help but make their books all girly, and female readers only read romance anyway. Then there’s the male readers who won’t read a book written by anyone with a vagina, unless that vagina owner has cleverly hidden the fact behind a male pseudonym. It’s not a rare thing. I know some of these people.

The men that do this are the bad apples in the group. I certainly am not trying to imply all men are that way, far from it. However, the ones that do are loud and proud about it.

My sweetie, for example, never chooses books based on the gender of the writer.  That wouldn’t even occur to him, and he’s shocked that a friend of his does it.

I have many thoughts on this subject. To start, I would like to say it’s about time to stop treating the romance genre like literature’s red-haired stepchild. Romance sales are a much bigger piece of the book sales pie than any other genre. It’s a billion dollar industry, so maybe we could stop making fun of it or suggesting it’s not the sort of genre that should receive awards. All the top ten lists for romance have Dr. Zhivago and it won a Nobel Prize. Those lists also have Gone with the Wind, which won a Pulitzer. There are all sorts of romance novels. Some are just for reading fun and others are literary giants. Perhaps we could stop referring to romances as if they aren’t “real” books.

While we are at it, perhaps we could also stop assuming books are girly or romantic simply because they’ve been written by a woman. Koontz has a romantic couple featured in most of his work, but no one makes a big deal about it. 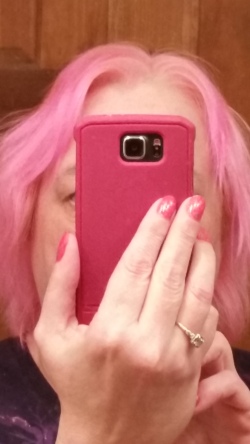 While I am myself quite girly, writing girly books is not my style.

The reason I’m thinking about this subject is that I got a review yesterday. It was a quite wonderful review and it really made my day. There was one statement that gave me pause. The reader thought it odd that I was a female writer and my book was written in first person narrative with a male main character.

It never occurred to me that my gender would be an issue in regards to my selected point of view. I can’t help wondering if it’s because I’m a woman writing a male. Somehow I doubt that Arthur Golden got too much flack for writing Memoirs of a Geisha while being a man. It certainly didn’t hurt his book if he did.

We are writers. We write worlds that have never existed. We get into the heads of our characters whether they are male or female. Why shouldn’t I write male first person? Quite frankly, it’s my favorite POV to write. Teatime of the Living Dead, Nick of Time, and Ghost in the Park are all male first person. They also happen to be my strongest books–I’m good at getting into my guys’ heads. 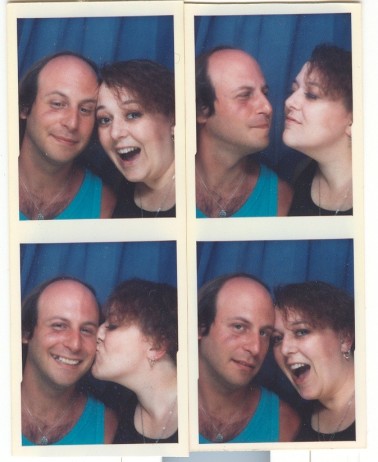 Having a relationship that’s over a quarter century old might have helped.  However, writers do write the entire world, not only the little pieces they have experienced themselves.

I imagine I could have avoided all of this if I had decided to write under the name J. Q. Johnson. I considered it, but I decided against it. While I absolutely understand why women authors write under names that are not discernibly female, it was not my choice. I expect that to have a negative effect on my writing career, but so be it. I feel very strongly that if women authors continue to mask themselves behind male or gender neutral names, then nothing will change in the literary world. I think our best hope for change is if more women authors come out of the closet, so to speak.

Not everyone’s ready to do that, and that’s okay. It’s a very difficult decision to make, and it should never be taken lightly.

A reminder about my novel, Nick of Time:

Nick’s in the middle of a Kindle Scout campaign. If Kindle Press selects it for publication, everyone who nominates it gets a free copy of the eBook. If it’s not selected, I will give everyone who nominates it a free copy of the eBook. Either way, free book! All it takes to nominate Nick is an Amazon account and a minute of your time. Kindle Scout is an Amazon program, so it will ask you to sign into your account.

I am a writer in Indiana who lives with two cats, two ferrets, and one fiance. I enjoy cheap coffee and expensive chocolate.
View all posts by JulianneQJohnson →
This entry was posted in Change, Free Books, Kindle, Kindle Scout, Narrative Point of View, Nick of Time, sexism, writing and tagged Female writer writing male POV, Female writers hide their gender, Sexism in literature. Bookmark the permalink.