Pride is a Problem

Posted on December 19, 2016 by JulianneQJohnson

We’ve all heard the saying ‘Pride goeth before the fall.’ I’d like to make that a little more new millennium and say that pride precedes epic fail. I was hanging out on one of my writer’s forums, and ran into a post so prideful it became difficult for me to respond with grace and decorum. I gave it my best shot, but I was most likely a tad more snarky than intended.

I’ll get to the gist of that post in a moment. The name and the specifics have been changed in order to protect the innocent. I’m not trying to shame this writer. I’m trying to talk about pride.  As always, I will exaggerate the situation wildly.  My intent with this blog is to both inform and amuse.

To start with, my issue is not with pride itself. One should take pride in one’s work and celebrate each accomplishment, big or small. I went into another thread today. Someone was celebrating the fact that they finished a first draft of a novel for the very first time. I went in to add my heartfelt huzzahs. Do you have any idea how many people want to write a book, or intend to write a book, or start a book without ever finishing it? Tons. Possibly several butt-tons. Many people have the inkling, but few stick with it to the end. If you have finished a manuscript, I don’t care if it’s brilliant or not, you should be very proud of yourself.

I am enormously proud of this picture.  Is it the coolest photograph ever?  No, but not bad for an amateur.

Bob started a thread today. It had such a mournful and dramatic title that you, gentle reader, would expect a tale to be told that would make the angels weep. Instead it was a fable full of pride. It began as these stories often do, with Bob telling everyone how awesome his book was. He’d had beta readers. He’d had critique groups falling head over heels in love with his MS. His book was the bestest of the bestest. He had folks lining up to publish it before it was even finished.

Oh, but weep and rend thy clothes, for when Bob sent this jewel of a novel out to exactly one butt-ton of agents, he was heartbroken that not one had any interest in it. Why should he even go on?

I have found, in my tiny slice of experience, that when people open with exactly how awesome their work is, their work is likely to be sub-par. “Why?” you seem to ask. Because that level of pride comes equipped with ginormous blinkers that keep an artist from acknowledging, or even seeing, the problems within their work that could be improved given time and practice. If it’s already perfect, why work on improvement? 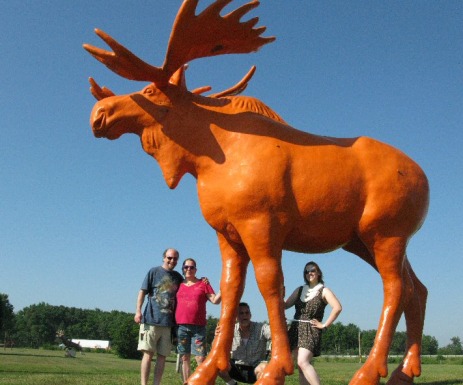 Now this is the coolest picture ever.  I can hang up my camera.  Why mess with perfection!

Bob went on to say that his only dream was to see it traditionally print published, because he saw writers who self-published as beneath him. This is where I tried to be polite in my response and may have ended up a tad snarky. Self-publishing isn’t for everyone. It takes great galloping bunches of determination and savvy to make it in the self-publishing world. I have a couple of friends who do very well self publishing, and I am enormously proud of them. They work their asses off.

If one is in a public forum, it behooves one to not alienate a large chunk of the population. Even if self-publishing isn’t for you, why insult those who chose that path? Bad form, Bob. Instead of letting your pride (and ass) show, you could have simply said that wasn’t the route for you.

Bob’s main problem is this: if he only sees his work through the most rosy of glasses, he will be incapable of improving it. You have to be open to the idea of improvement to learn and grow as an artist. If you can’t see the flickering light or smell the smoke, how can you put out the fires?

One might go so far as to say Bob can’t see the forest for the trees.

I found Bob’s query for this project. It was not very good. There were folks trying to help Bob better it, but he was resistant, and gave up before the vetting process was finished.

Step one, when querying agents, is to have a kick ass query. If the query doesn’t engage the reader, they won’t waste time reading the novel.

I went back to the original thread to see Bob admit that his writing was not as good as it could be. He seemed to think this wasn’t a problem. He was certain that because his idea was so amazing and original, the quality of the writing itself wasn’t a big deal.

Step two, when querying agents, is to have a kick ass, well-written book.

Sure, 50 Shades got published, despite issues with the writing. However, that’s the fairy tale Cinderella story about getting published. Us mere mortals have to be prepared to hike up that mountain, not appear there by magic. If we want great rewards, then we need to be ready and willing to put the work in.

If mama and papa eagle want their chicks to grow and mature, they have to be willing to put the work in.

I have been putting the work in. I continue to learn and grow. I have not had a novel published yet, but I’ve had a short story and novella published. Will I get published? Who knows? But I’ll tell you one thing, I’m not about to stop trying, and I’m not about to stop working to improve myself. Successful writers are not those who have never failed, they are those who refused to give up.

Be proud of your work. Take joy in every accomplishment, big or small. Celebrate every victory. Be wary of letting pride put blinders on you. Love your art with wide open eyes. Take joy in its strengths and work on its weaknesses. To do any less prevents us from treating our art with the respect that it deserves.

The pictures in this post were taken at Packwash Lake, Ontario and Snake Falls Camp.  Except the orange moose, he lives in Black River Falls, WI.

I am a writer in Indiana who lives with two cats, two ferrets, and one fiance. I enjoy cheap coffee and expensive chocolate.
View all posts by JulianneQJohnson →
This entry was posted in writing, Writing Advice and tagged Don't let pride blind you., Excessive pride interferes with art., Take pride in you work but continue to grow and improve, You can't grow as an artist if you can't look at your work realistically.. Bookmark the permalink.