Querying Agents- Both an Art Form and Masochistic Practice.

Posted on January 6, 2017 by JulianneQJohnson

Oh, the highs and lows of drafting a pitch and tossing it into the water to try to hook and land an agent. I’ve spoken on this in previous posts, but there’s always something new to say. (To see my previous posts on the subject, click “Writing Query Letters” in the category list to the right.)

I started querying for my novel Teatime of the Living Dead. I’m not sure what I think of its chances. I love the book, and consider it the best thing I’ve written so far. It’s a bit of a farce, which is my favorite thing to write. It’s got some amusing bits, and I think the MC’s characterization is very three dimensional. I finished it maybe a year ago, done a handful of re-writes, and had some beta readers check it out.

I’m not saying it’s perfect. I’m sure it’s not. No book goes into an agent’s hands without needing more work before it gets submitted to publishers. I do think it’s as far along as I can take it on my own. 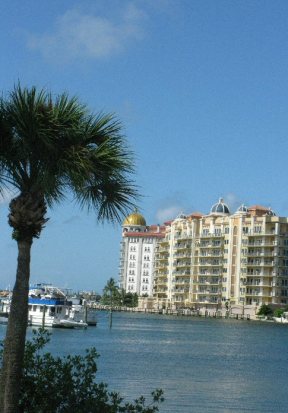 Well, part of the problem is it’s 7 degrees in Indiana and I’m wishing I was here.

What if it sucks?

To start with, I could simply be wrong. The book could suck and leave me, loving it blindly, unaware of the ways in which it sucks. There could be problems in the writing that I am unaware of. I love my betas, but I miss working with someone who has editing experience. I don’t have the money to hire a professional editor. That’s the way it is. If I’m ever in a place where I can hire a professional, I will. Until then, I manage as best I can with practice, critique groups, and beta readers. Those people are all awesome. My writing has improved greatly over the years because of them, and I am not belittling that. They rock and I’m grateful. My point is that I might be in a place where I need more than what I have.

Next up on the list, it’s a zombie book. Let me be clear here, I have nothing against zombie books. I wrote one because it was big fun and I love the hell out of Teatime. Zombie books and movies remain popular because people love the genre. That said, it’s hard to get noticed when you write to trends. Tons of people are writing zombie novels. Enough of them are being written that there are some agents and publishers who have in their submission guidelines “No zombies.” I love my book. I don’t think it’s the same old, same old, but is it different enough to get attention? I don’t know about that.

My sister is a zombie until she gets her coffee.

I have self published two books. I’ve had a few sales, but not nearly enough for either of them to be considered a commercial success. Far from it! Really far. Like the distance from the Sun to Pluto far. I self published those books because I wanted to have a couple of my books that I could hold in my hand. I love them both, but it takes hard work, savvy, and dedication to make it as a self published author. I don’t yet have the skill set. Let’s face it; I might never have the skill set.

Once upon a time, your next book was only as good as the last you had published. If you self published a book, and it didn’t get exceptional sales, that was it. Most agents and publishers didn’t want to take on an author who already had an unsuccessful book out there. As far as I can tell, that mindset began to change about 2011. Personally, I think it needs to change, and not only on my account. Self publishing has gotten so easy to do that most authors are going to do it at some time or another. I also don’t think readers choose a book predominately on whether the author’s previous books had a lot of sales. Cover, blurb, and excerpt have more to do with why we chose one book over another. Certainly having a work that’s won an award, or been on a bestseller list is going to make a reader more likely to pick that book up. I don’t think having a book that did not make the lists will turn readers off the new book if they are attracted to it.

But what do I know? Maybe the tide is changing, but maybe having two self published books is another nail in the coffin of Teatime.

Seriously, even if it was stormy, Florida would still be warmer than here.

And then there’s the query itself. I worked hard on it. Had it vetted. Did untold re-writes. I think it’s good, but what if I’m wrong? The past couple days, I’ve been on one of those “all my writing sucks!” kicks that sometimes plague writers. Maybe my query is good, but is it good enough?

I sent a test run out to eleven agents last week. So far, three form rejections. Now, I send my first batch out to the big guys. I pick dream agents and some of the large agencies with awesome reputations. All of the agents on my list are excellent agents with good reputations. I don’t mean to imply that I start with the good agents and work my way down to the mediocre and the bad. I have a long list of agents I’ve researched, and I’d be thrilled if any single one of them gave me the time of day, let alone a manuscript request. What I did was to start with the long shots. Big agencies that get several butt-tons of queries every day. I know they are long shots and I know that my book may not stand out enough to get attention. It’s all part of the plan.

Then you get three form rejections and you can’t help but be disappointed for a moment.

But hey, three of those dream agents were kind enough to let me know they are not considering my book. I am sad, but I am thankful they took time from their overflowing slush piles to both consider and respond to my plea. They were quite fast, as well. I’ll wait for the others to respond, tinker with my query letter a bit more, and prepare to send out the second wave of queries.

The brave seagull gets the bread.  Be brave!  Send your query out into the world and give it your best effort!

What do you do?

You keep at it. Keep querying, keep improving your writing, keep writing the next project, and don’t let the rejections get to you too much. It’s part of it. The “no, thank you” notes will keep coming, but if you someday get that “yes, please” it will be worth it. And the writing itself is always worth it, no matter what happens to the book. Each project we complete makes our writing better. It’s always worth it.

Never give up, never surrender!

Pictures from this post were all from Sarasota, Florida and Lido beach.  One of my favorite places.  Wish I was there instead of freezing my butt off!

I am a writer in Indiana who lives with two cats, two ferrets, and one fiance. I enjoy cheap coffee and expensive chocolate.
View all posts by JulianneQJohnson →
This entry was posted in writing, Writing Query Letters and tagged querying agents is for the brave, rejection sucks but never give up. Bookmark the permalink.