The Weakness of Stupidity as a Plot Device

Posted on February 3, 2017 by JulianneQJohnson

We’ve all seen it. We’re watching that TV show or movie, or we’re reading that book, and the normally clever and unflappable character pulls a move so boneheaded that we roll our eyes and disengage from the story entirely. What’s happened? In these eye-rolling moments, the writer has made the character stupid in order to further the plot. That’s not good enough.

Let’s use a simple example and talk about cell phones. Cell phones are always with you these days. We use them constantly and rarely leave them behind. We have car chargers, wall chargers, and cords that plug into our computers to charge them. With our smart phones, the world of the internet is at our fingertips. These days, you even get a signal practically everywhere.

Let’s say we are starting a mystery that has our heroes preparing for a week long camping vacation in The Forest of Death and Blood. This is a forest near a big city, and not a particularly huge forest, but there are loads of creepy folktales about it. Our heroes are a couple who are intelligent and savvy. Shortly after arrival, they hear creepy sounds coming from the underbrush.

Bob: “I wonder what those eerie noises are?”
Babs: “I’m intelligent and savvy! I’ll look it up on my trusty cell phone, since we are not in the middle of nowhere, I have a nice strong signal. Oh, it seems the Forest of Death and Blood is rumored to be infested with rabid zombie wombats.”
Bob: “Well, we sure shouldn’t stay here then, let’s go home!”
Babs: Race you to the car! 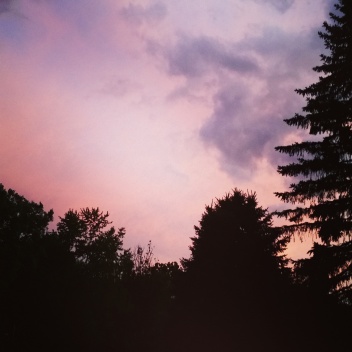 Too bad we can’t stay, FODAB.

That isn’t much of a story, but it’s true to what your smart characters would actually do. On the other hand:

Bob: “I wonder what those eerie noises are?”
Babs: “I’m intelligent and savvy! I’ll look it up on my trusty cell phone. Oh, no! I have forgotten to bring my cell phone, even though I’m normally quite clever.”
Bob: I brought mine, but the battery has gone dead and I forgot my car charger. What a weird coincidence!”
Babs: Oh, well. Let’s just set up the tent and go to sleep. What’s the worst that can happen in The Forest of Death and Blood?”

Yup. Your characters have become idiots for no discernible reason and your readers are not going to buy it. In fact, they just might stop reading all together. What if your plot needs your intrepid couple to be stuck in the woods with no cell phones working? Consider one of the following choices:

If your clever couple can’t have a phone signal, consider places where they actually wouldn’t have one. If they drove for two days into the wilds of the Rocky Mountains, they might not have a signal. If our Forest of Death and Blood is in Canada, and our couple is American, their phone won’t work there unless they decided to spend the bucks to get it to, which most folks won’t do for a one-week vacation to go camping.

Pictured: The Desert of Death and Blood.

Change Customs-
Maybe your clever couple is smart, but is a little techno-phobic. There are people who do not use computers and cell phones, but this must be established before they make it to TFODAB. They could be Amish. They could be normally techie folks who have decided to unplug for a week and decompress, to the point of leaving all tech at home. Give your characters a valid reason to leave their cell phone, or not have one in the first place.

Smart Characters Need a Reason to be Stupid-

Your clever characters absolutely could forget their phone, but give them a reason they did. If they are happy and well rested, they aren’t likely to forget important things. However, if they had to unexpectedly pull a double shift the last night before vacation time, or if they are dealing with a house sitter who doesn’t show up and a broken toilet, then they could very well forget a key item like a cell phone. Don’t simply make them stupid; give them a reason to not be at their best and brightest. 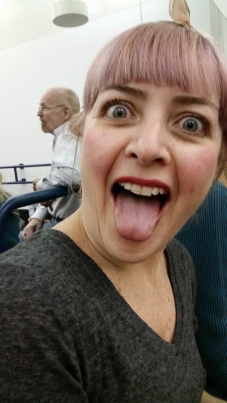 Anyone can have moments of silliness or stupidity, just don’t make it appear out of the blue.

Phones get broken every day. A writer’s job is to make certain that the breaking makes sense and isn’t too convenient. Shortly after their arrival at TFOBAD, our clever couple get cornered by a small herd of rabid zombie wombats. Bob and Babs dive into the lake and swim to safety, because RZW’s are, of course, hydrophobic. Unfortunately for our brave couple, both cell phones get soaked and stop working.

In the end, it’s all about justification. Don’t use uncharacteristic stupidity to drive your plot. Have some respect for your character’s intellect, and make what you need for the plot make sense. Any choice can work as long as you put the effort in to justify it.

My paranormal mystery, Wyrd House, is on Kindle Scout until March 3rd. Anyone with an Amazon account can nominate it. If you nominate my book, and it gets selected for publication, you get a free advance copy of the ebook. You can find my campaign page here.

I am a writer in Indiana who lives with two cats, two ferrets, and one fiance. I enjoy cheap coffee and expensive chocolate.
View all posts by JulianneQJohnson →
This entry was posted in Kindle Scout, writing, Writing Advice and tagged Don't be a lazy writer-justify your choices., I am tired of characters who are stupid for no reason.. Bookmark the permalink.