Motivation is a Cop Out

Posted on March 20, 2017 by JulianneQJohnson

“I’m a greater believer in luck, and I find the harder I work the more I have of it.”
– Thomas Jefferson

I’ve written about this before and I’ll no doubt write about it again. It’s a subject that is near and dear to my heart, as well as one that I think many people need to rethink. I hear the same thing everywhere. I hear it from writers, folks looking to lose weight, athletes, artists, butchers, bakers, and candlestick makers.

“How can I stay motivated?”

“I just can’t seem to stay motivated, I haven’t done anything in weeks.”

“I’ve tried everything and I can’t stay motivated.”

Why? Because motivation is crap. 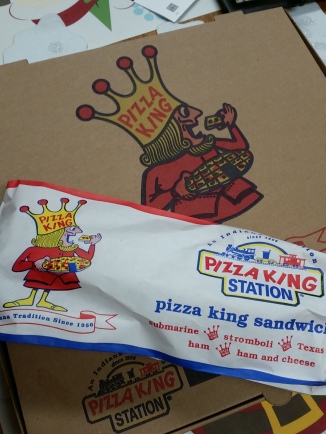 If I waited to cook dinner until I was motivated, I’d eat this every night.

The pure truth is no one is going to be able to stay motivated all the time. How could you? You can take hours out of the day to read thousands of affirmations and you still won’t be motivated every day. Don’t get me wrong, motivation feels awesome when you have it, but the idea that you can’t work without it ridiculous. It’s as if we are all motivation junkies and instead of buckling down and doing the work, we’re wasting time waiting around for our next fix.

We get sick. We have to work overtime. We take care of our homes, family, pets, gardens, and everything else under the sun. We get mentally weary or emotionally overset, and it is so much easier to wait for motivation.

It’s the opposite of what we should be doing. Certainly there are going to be brutally busy or difficult days when we simply cannot find time to work on our dreams, but what about those days when you had the time but didn’t feel motivated so you did nothing?

Bob wants to get more fit, for example, so he decides he’s going to exercise every day. Nothing crazy, just a good walk after work. He starts out as we all do, with oodles of motivation and wonders why he didn’t do this sooner. A few days go by, he has a tough time at work, and he loses steam and quits walking.

Bad boy, Bob. A few days aren’t enough to build good habits. If Bob had stuck it out for a couple weeks, he’d find he has become so used to that after work walk he misses it if he can’t take it for some reason.

Want to get stuff done? Make a habit out of it. Do it every single day, whether you want to or not. After some time has passed, you’ll find that it is easier and easier to accomplish. Certainly there will be the odd day when you cannot do it, but the habit will make it easier to get back to.

It doesn’t take much time of effort to cook something like this, you just have to do it.

Find a Time That Works for You.

Let’s say Bob works at a warehouse and he discovers he is simply too tired after work to take that walk. It’s impossible, so he gives up altogether.

Don’t give up, Bob! The problem here is the timing. After work isn’t working, but if Bob got up a half hour earlier, he could do it before work. He could also take a walk during his lunch break, or decide to take extra long walks on the weekends. Find the time of day that works best for you.

I wouldn’t plan this for a busy work week, for example.

Let’s say Bob is walking because he wants to lose weight and has sixty pounds to lose. He builds a great walking habit before work, and at the end of a month he’s lost five pounds. He’s been trying his best to keep his eyes on the prize of sixty pounds gone, and is so disappointed he’s still got 55 to go, he stops walking, gains ten pounds, and is worse off than where he started.

Bob sounds silly, but people do this sort of thing all the time. They are so focused on long term goals that they don’t enjoy the journey itself. Instead of worrying about how far I have to go if I want to write a 100k word book, I could concentrate on a daily goal of a smaller amount of words. I could write no more than 1,000 words a day and write three of those 100k books a year. But only if I stick to it.

My short term goal might be to have delicious smoked ribs for dinner.

Say Bob is a stubborn fellow. If he sets his mind to taking that daily walk no matter what, then he’s going to do it every day he possibly can.

Forget motivation, get good and stubborn. Set those short term goals and stubbornly bull your way through them. Maybe it won’t be as easy as those times when you are at the height of motivation and the goals are easily achieved, but I’ll trust stubbornness over motivation every time.

Build a habit, find a time of day that’s right for you, set some short term goals, and get stubborn about achieving those goals. It’s your dream. If you don’t buckle down and do the work, it’s never going to happen. Just do it.

Kindle Scout is an awesome program where people nominate books they would like to see published. Nominations won’t guarantee success; the editors have final say in who gets published by Kindle Press and who doesn’t. However, nominations can help get their attention.

I am a writer in Indiana who lives with two cats, two ferrets, and one fiance. I enjoy cheap coffee and expensive chocolate.
View all posts by JulianneQJohnson →
This entry was posted in Kindle Scout, writing and tagged Four things that work better than motivation., Sometimes you just have to do it., Waiting for motivation is a waste of time.. Bookmark the permalink.