When Your Main Character is a Dick

Posted on November 20, 2016 by JulianneQJohnson

It happens to all of us at some point. Your intent is to write a well rounded main character, kind but strong perhaps, yet when the beta readers get hold of your MS it’s a different story.

“I didn’t care what happened to the MC. He’s so unsympathetic.”
“I didn’t like your MC much.”
“Why is the main guy such a dick?” 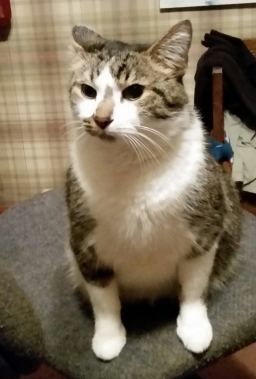 Billy, for example, is a sweet boy.  This picture makes him look like a dick.

Now, there are times when you want your MC to be dickish. The Chronicles of Thomas Covenant the Unbeliever by Stephen R Donaldson come to mind. The MC in that series isn’t completely unsympathetic, but he is a dick. He’s a dick on purpose. it’s what works for that story.

But what if you are writing a romantic lead, someone the readers need to feel for, but the readers aren’t feeling it. Often times, the problem is a matter of tone. I have a friend in real life that suffers from unfortunate tone of voice. This woman is a kind and thoughtful person, but she is often judged to be far more negative than she is because her manner of speaking–her tone of voice–is a bit brusque. 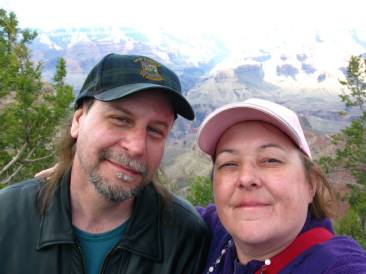 This picture makes me look like I could give a shit that I’m standing at the Grand Canyon.  What’s really happening is that I have “I suck at selfies I’m going to drop my phone” face.

That could be happening to your MC with the sympathy problem.

“You should go by yourself,” Byron said, refusing to look at her. “I won’t help you.”

Pretty harsh, yes? What if the writer’s intent was something less dickish, such as shyness?

“I don’t think I should go with you.” Byron looked at the ground and rolled a rock back and forth with the toe of one shoe. “I mean…it’s not like I’ll be any help. Not with a big group of people like that.”

The tone of the two examples is very different. And by tone, I’m not only talking about how the character says his lines, but also the tone of the narration itself. Both could be written to indicate shyness or insecurity, but the second example is much more clear. 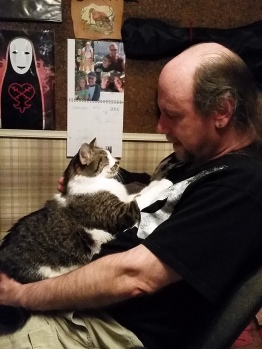 A slight re-write, and Billy looks like the sweet boy he is.

If your MC is coming off with the readers as less sympathetic than you wanted, do a re-read and check for tone. You may find that a light re-write is all that is needed to make your MC someone that the readers can empathize with. Small changes can make a huge difference.

It’s time to vote! I submitted my book, Descending, to Kindle Scout. Descending has to get votes to be noticed by the Kindle editors. The final decision is up to the editors, a lot of votes don’t get you published, but you won’t get published without a lot of votes.

What to do: If you have an Amazon account and you want to help, go to this link   and vote for Descending. Each Amazon account holder gets 3 votes for books they’d like to see published.

What’s in it for you: If Descending is chosen for publication, every person who votes for it gets a FREE advance copy of the e-book, and an opportunity to review, if you wish, before anyone else.

How you can help: Vote, if you can. Share this post with friends if you are willing. Vote now! Get a free e-book! 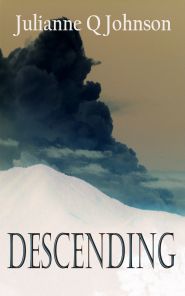 I am a writer in Indiana who lives with two cats, two ferrets, and one fiance. I enjoy cheap coffee and expensive chocolate.
View all posts by JulianneQJohnson →
This entry was posted in writing, Writing Advice and tagged Changing the tone of your writing for clarity, What to do when your main character is a dick, writing, writing advice. Bookmark the permalink.