Posted on September 18, 2013 by JulianneQJohnson 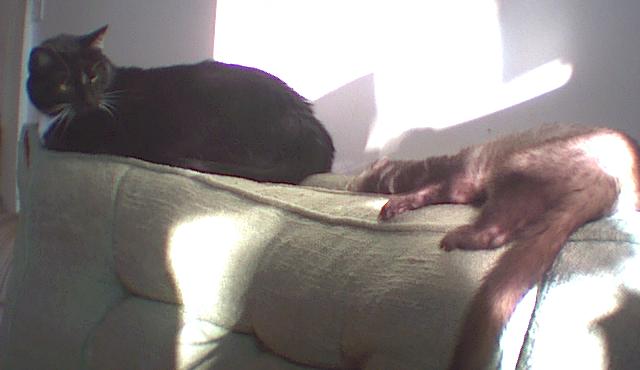 No, I do not want to go out with you. I think you’re a weasel.

Rejection.  What a grim and depressing idea.  The word itself seems cold and desolate.  Whether you are an actor auditioning for a favorite role, or a single guy with a crush on the woman in the next cubical, no one likes to get rejected.

So, you want to get something published?  Prepare yourself for a slew of rejections.

I’m afraid there is no way in hell I can represent your lame-ass novel.  What were you thinking?  Your query has all the interest of a moldy dish of milk toast, and your main character acts as if he is infested with fleas.  I tried to read the chapters you included, but your narrative style made me throw up in my mouth a little.

Please refrain from sending me any of your future efforts, and hang on to that day job for dear life, I beg you.

Ok, you caught me.  I made that up.  I have racked up an impressive amount of rejections so far with my novel, Ghost in the Park, but they have all been very polite.  The thing is, when you get a rejection, no matter how nicely written, it feels like that example I just made up.

“My book sucks!  I am the most horrible writer east of the Mississippi!  I should burn everything I ever wrote immediately!”

We’ve all been there.  I bet even Stephen King has the odd moment when he thinks his writing is atrocious.  It’s part of the beast, so get used to it, and remind yourself that it’s ok to feel that way.  Speaking of Stephen, he got a slew of rejections before he got published too.  Yes, the King of horror reportedly had so many rejections that he put up a spike on the wall to hang them all up.  I keep asking my fiancé where my spike is, but he thinks I’m joking.

I have had enough rejections that I’ve lost count, and don’t have the will to count them all up for you.  Many are form letters, but the ones that aren’t don’t say the same things.  For example, one respected agent called my writing “poised and polished” while another suggested I hire a professional editor and then they might be willing to take another look.  Most were form letters which stated that it wasn’t their cup of tea, but that I should keep trying and maybe it would be someone else’s cup of tea.  So, what do I do?

“My writing sucks so I should burn it in the parking lot!  Wait, it’s on my computer…I’ll burn my computer!”

No, of course not.  What you do is you keep trying.  Don’t change anything in the book unless you are getting the same crit from more than one source.  Do polish up your query letter if it isn’t getting enough action, and take a good look at the first chapter as well.  That query and the first chapter may be all an agent sees, so it has to shine like the sun.

I rewrote my query.  The first was decent, I’d studied and done my homework.  The new one, with the help of the brave souls at Absolute Write, got two full requests from a test run of five queries.  One was eventually a rejection, the jury is still out on the other.  Much better action from the new query and I wish I’d known about the critiquers  at AW when I started.  Then I had to face the fact that my first chapter sucked rabid wombats.  It also got a major re-write.

When rejections are getting you down, remember that you are in good company.  J. K. Rowling got many publishers telling her to shove off before a small publisher decided to go for it based on the advice of his 8 year old daughter.  Chicken Soup for the Soul, a mega-seller, reportedly had 140 rejections before it got published.  Zen and the Art of Motorcycle Maintenance is said to have had 121 rejections.  And Stephen King’s Carrie?  The story goes that after 30 rejections he threw it in the trash, and his wife fished it out.  He went back to rejection-land and eventually got it published.

What do you do when the rejections are rolling in fast and furious and you want to throw your novel in the trash?  Write the next book!  And by next, I do not mean a sequel to the first.  Write something completely different, and then query that book.  If you get an agent for that, you can then say, “Hey, I got this other book in the trunk of my car…”  Carrie was not the first book Stephen King wrote, it was the fourth, from what I hear.

I am half way through my second book, and if I don’t get an offer for Ghost, then I’ll start peddling the second.  And if necessary the third.

If you want to be published then you cannot let rejections get you down.  Sure they hurt.  I’d rather have weasels nest in my underwear than open one more rejection.  You put your time, your brain, and a little piece of your soul into your writing, and when someone rejects the book, it feels like they are rejecting you.  Let it hurt.  Cry into your beer for a moment, and then evict the weasels from your underwear and carry on. 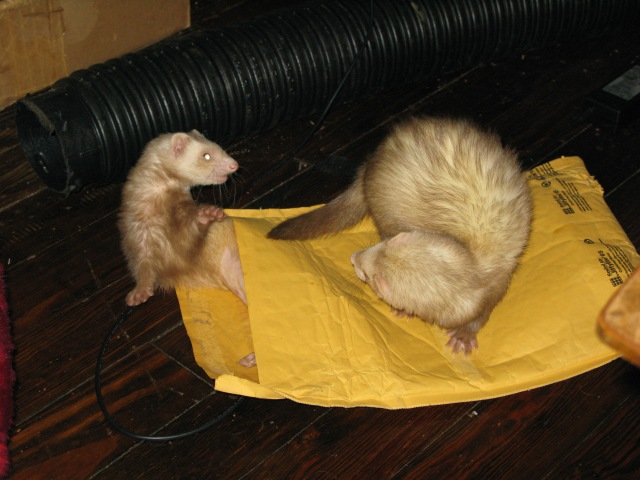 Am I published yet?  Yes, actually.  Since my mission to get published started last September, I’ve had two short stories published, and I got paid and everything.  Is Ghost published?  No, but I’m not done yet.

Never give up!  Never Surrender!  By Grabthar’s hammer, by the sons of Worvan, Ghost shall be published.

I am a writer in Indiana who lives with two cats, two ferrets, and one fiance. I enjoy cheap coffee and expensive chocolate.
View all posts by JulianneQJohnson →
This entry was posted in getting published, Ghost in the Park news, writing, Writing Advice and tagged absolute write, ferrets, rejection, writing advice. Bookmark the permalink.